Team Orthodoxy, Where Art Thou?

Chris, here. It has been a long time since there has been an update to the Team Orthodoxy website. I found a couple of comments inquiring about the status of our site, and so thought it necessary to provide you all with an update. A few years ago, life changed for a lot of people on the Team. Many of us experienced significant life changes, including marriage, babies, and occupations. As this was happening, the demands of keeping up the blog began to loom large over many of us, and it became clear that we were unable to fulfill the requirements that we had set before us with the blog. I think many of us felt burned out and running low on time and inspiration. Thus, the blog was just set adrift on the waves of the digital sea. We have, however, all remained good friends, and many of us still spend time together, but the writing stopped.

We still get traffic on this site, which really makes me super happy. Catholics are still checking us out, and Orthodox Christians still hate our name. Not much has changed. We will not be posting here moving forward, however, some of us have gone on to start some other fun projects that I would really like for you to check out.

Brooke has begun selling her Catholic art over at her new Peter’s Square Store – Visual Litany. You can check that here. Her St. Teresa of Avila picture is my favorite, but I’m a little bit Carmelite and very biased.

Myself, I have just started my own blog on living the Catholic life called Rail City Oratory. Please consider following my new blog here. I am also working on a book. I will be sharing details on my blog in the future.

Please keep us in prayer. We have sincerely appreciated the love and support over the years. We are sorry that it has taken so long to provide an update. Please be assured that we are praying for each of you. Thank you so much for the love. We’ll see you in the Eucharist.

Archangel Gabriel then appeared
To bring great news of joy
The will of God she adhered,
Word made flesh, a little boy.

Nine months before a stable laid
The embryonic Saviour reigned
Within the body of His Handmaid
The Lamb of God who would be slain.

30 years of precious silence
His words and works would not be seen
Until the Spirit made appearance
At Jordan’s banks, water serene.

Passover night, at cenacle’s table
The humble Master would show again
That of all the things that He was able
He willed to be hidden from the sight of men.

Bread and wine, grape and grain
He blest, broke, and gave
Humbling Himself once again
To redeem all who those are enslaved.

The Creator of the Universe hung on a tree
Beaten, mocked, and unknown
Here the Saviour was content to be
The crucified Cornerstone.

The pierced heart that was foretold,
His Sorrowful Mother He gave away
To John the Beloved he gave to hold,
To his home she would go and stay.

Detached completely from the world
The Morning Star did fade.
Placed within a borrowed tomb
Adam’s debt had been repaid. 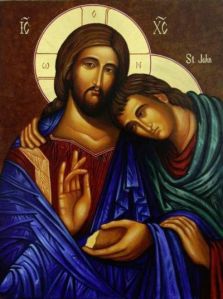 r’s gift, the hidden One
The greatest grace He could impart
Was His Only Begotten Son
In womb, in host, in heart.

“Be the change you want to see in the world”

“Never change who you are”

“You were born this way”

These are all familiar quotes to us. We hear them in music, in movies, and see them on cheesy prints they sell at gift stores. One challenges us to change ourselves for the good of the world,  while the other embraces comfort in not changing at all.

Often people assume they can change the world by giving in to who they feel they are. This means embracing all faults and making them excusable by thinking that removing those faults would be dishonest to who they are. For example, I really struggle reaching out to people. I am shy about meeting new people, and often I make excuses for myself because I am too afraid to get out of my comfort zone. I found out there is another new mom not far from me and I was so afraid to reach out to her. I made excuses like “she’s a bit older than me”, “she won’t like me” , “she is a stranger”, and “I’m too shy”. I convinced myself it was okay to just keep to myself because of my introverted nature. It took several weeks for me to just send her an e-mail.

Fear to change is also an excuse.

It seems more apparent that people would rather change their surroundings than change who they are internally. We may challenge ourselves to do good deeds, which in turn can make an impact on ourselves, but it is only temporary if it isn’t pursued and ultimately will yield little or no fruit if we do not continue to change ourselves.

We may need to reflect on the little things we do and ask ourselves some hard questions. Am I humble? Am I modest in dress? Do I love selflessly? Do I always expect something in return when I do something kind for someone else? Do I really put God first?

The change we embrace must not be solely fuelled by the desire for what we wish to see happen in the word nor in what the world wants from us. Instead, any change we make must be rooted in Christ, who is truth and love. It is only by Him that we can be made perfect. This conversion is about seeking holiness rather than temporary happiness.

Christianity calls us to change the world by changing ourselves daily by picking up our cross and conforming out lives to Christ. It means turning away from sins that we may have allowed to become habits in our daily lives. It requires repentance. A murderer can become a capuchin, but it requires a change of heart through conversion, not just once, but daily.

As the Christmas season draws near, let us prepare our hearts for the celebration of the Incarnation. Let us change our ways and continue to pursue a real relationship with Christ, one that requires us to change and to grow. Let us change into the people of God, not of the world.

“Would that even today you knew the things that make for peace! But now they are hid from your eyes.”

These words of Jesus, in Luke 19:42, are as poignant and as applicable to our world today as they were to the city of Jerusalem, when Our Lord wept over it before His passion.

Our world is embroiled in war and violence. Truly, despite the lack of formal declarations, the whole world is at war. Pope Francis, in reflecting on the same verse of scripture, preached that God weeps over the worldwide violence of today, for which “there is no justification”.

The Church herself is no stranger to war, no stranger to violent men slaughtering her children, to forces plotting to destroy her. In fact she has rarely (if ever) been without such threats. But with each generation, the people of God must face anew the violence of the world, however it manifests.

We shouldn’t fear for the Church in such times. Our Lord’s promise has been proven good through more terrible times than ours, and time and again the bride of Christ has been upheld, even when the odds were against her. Instead, we should look to our own souls, and the work with which God has entrusted us in our broken world.

In an interview published on November 13th, 2015, the same day as the terrorist attacks in Paris, Canada’s new defence minister, Harjit Sajjan, said that Canadians have no need to fear ISIS.

“ISIS is a threat, no doubt about that. Should we fear it? No. The Canadian population should have full confidence in all the security services to keep us safe.”

In terms of our physical safety, the statement was a bit dubious even before France – a far more powerful country than Canada – was powerless to stop a multi-pronged attack on their capital city. After all, it was only a year ago that a lone ISIS-inspired drug-addict with a gun breached the security of our parliament buildings and nearly reached our cabinet.

But in a sense, the defence minister is right.

Our Lord says in Matthew 10:28, “do not fear those who kill the body but cannot kill the soul; rather fear him who can destroy both soul and body in hell.”

If we in the West truly believed our Lord’s words, we would fear our own sins, rather than temporal murderers like the Islamic State.

In a recent article, Marc Barnes of BadCatholic wrote about the essential role of theology in the fight against ISIS. He points out what has been increasingly clear – that our political leaders, and secular society in general, have little understanding of the Islamists they face, and no capacity to challenge the source of the issue; bad theology.

This really gets at the heart of the issue for Catholics. Where our nations can only fight and destroy human beings, as Christians we can fight against sin and error using the weapons God gives us. His Holy Spirit, working through us in love for our enemies, and in words and deeds filled with truth and charity, will defeat the world and the devil. We are not necessarily called to wage war physically (though we may well be), but we are all called to fight in the great battle which the Church Militant fights through all time; the battle for the salvation of souls, both of our own and others.

Whether it’s in combat with our own culture of death, or the one in Syria and Iraq, we need to engage that culture with Truth and Charity. And in prayer, we must continue to lift up our world and plead for conversion, in our own hearts, in our homes, and for the conversion of Muslims.